Engineering design and production services for the gaming industry

The MDS-6 card shuffler, is based on a patented design acquired by Shuffle Tech, and can shuffle one to six decks of playing cards into a removable cassette. For the MDS-6 we provided a one stop solution for Shuffle Tech including engineering design, industrialization and manufacturing.

Shuffle Tech has been developing and marketing products for the casino gaming industry for over ten years. Shuffle Tech’s first product was the ST-1000 which uses a patented mechanism to shuffle a deck of playing cards in a mathematically random manner. Primarily for poker games the ST-1000 it was launched in 2007 and is still in production today. For this product Porticos Asia supplies the injection molded plastic and machined metal parts.

In 2019 Shuffle Tech founder Rick Schultz joined Porticos Asia as a board member. Following his lawsuit against Scientific Games Shuffle Tech was awarded $315m in damages. Since this successful outcome Rick has embarked with us on an ambitious plan for the development and production of a new range of innovative products for the gaming industry. The MDS-6 card shuffler is the first product in the range

Porticos Asia was responsible for the entire product development of the MDS-6 including:

Production, also managed by Porticos Asia, started in the third quarter of 2020 and the development of three other innovative gaming products is already in progress with launches scheduled for 2020/21. 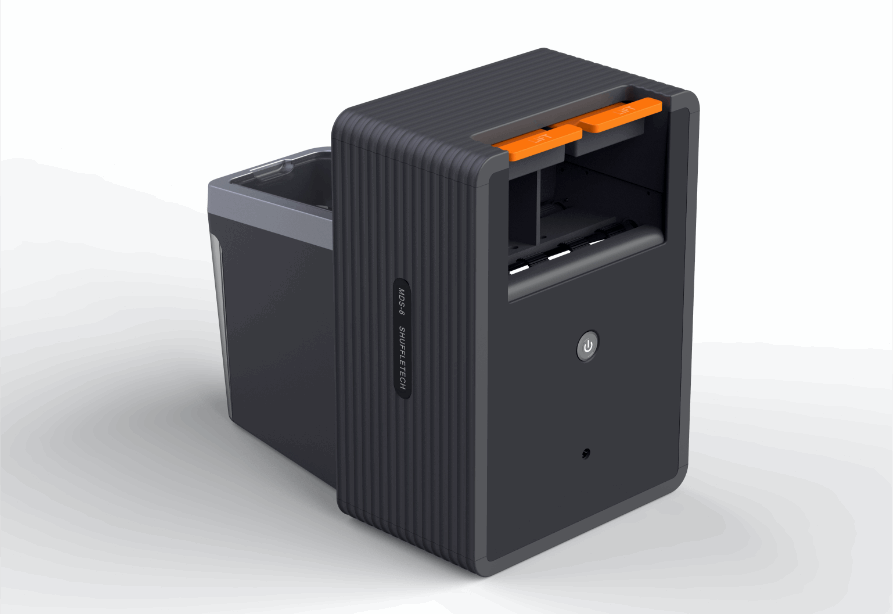